An Ottumwa man wanted on a felony warrant took Albia police oh a high speed chase Monday morning in a stolen vehicle. 51-year-old Joey Scurlock of Ottumwa drove through several City Streets at speeds reaching over 80MPH. Albia High School and Lincoln Center went into lockdown as a precaution when the chase neared that area. The pursuit came to an end after Scurlock was boxed in by several Patrol cars.

Scurlock was charged with assault on a peace officer while participating in a felony, eluding, reckless driving, interference with official acts, driving while suspended and numerous traffic offenses. No injuries or damage to anyone’s property was reported as a result of the incident. 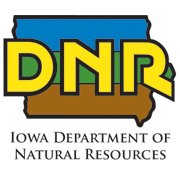