Update On Fairfield Street Projects Set For This Construction Season

This week the City of Fairfield provided updates on a couple of street projects set for this construction season including the 4th Street overlay from Broadway to Depot. This will include milling and overlaying 4th Street from the BNSF right-of-way to Broadway Avenue. The work will also include water main and sanitary sewer installation on 4th from Grimes to Depot Avenue. The project was let through the Iowa DOT, with Norris Asphalt the low bidder at a little over $490,000. The late start date for the work is August 9th meaning the contractor could be charged penalties if not started prior to that date.

The 32nd Overlay project includes patching and overlaying 32nd Street from the Northern loop of Jackpine Loop to Burlington Avenue. This project was also let through the DOT, Norris Asphalt once again was the low bidder at around $721,000. This was approximately $100,000 or approximately 15% over budget, bringing the whole project, including engineering and contingency to just about $85,000 over budget, however the City is expected to request additional funds from the Regional Technical Advisory Committee in an effort to minimize financial impact. The late start date for the work is set for September 13th. 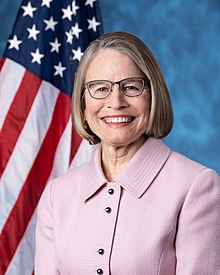