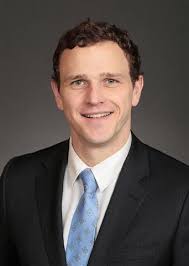 For the second consecutive year, State Rep. Jeff Shipley of Fairfield cast the lone “No” vote against a bi-partisan plan to assist rural schools with increased transportation costs.  Championed by the late Rep. Curt Hanson of Fairfield for several years, the bill provides funding to local schools with high transportation costs, such as schools in Davis and Van Buren County for example.

The bill for the next school year, would provide over $400,000 to school districts in House District 82 that struggle with high transportation costs. Last year, Shipley also cast the lone ‘NO” vote on House File 307, which provided $1.6 million in additional transportation to schools in House District 82 for the current school year. The bill, which was approved on a 98-1 vote, now goes back to the Senate for approval.

Shipley reached out to KMCD/Classic 96 via e-mail and said “I will continue to vote against additional education dollars until lawmakers commit to a real exploration of structural and foundational improvements to our education system. If we took school nutrition seriously, I’d be happy to support a much higher State Supplemental Aid figure.”