The Fairfield Trojans Football team was able to get back to their winning ways on Friday night as they beat Knoxville at home 42-22. The Trojans are now 3-1 on the season as they look to extend it to 4-1 this Friday as they host Keokuk for Homecoming. This week against Keokuk will be their first district matchup of the season.

On Thursday, the Cardinal Comets football team improved to 4-0 on the season as they defeated Central Decatur 28-10. Quarterback Maddux Jone was 16/22 with 205 yards and three touchdowns and an interception through the air. Ian Liles was the Comets leading rusher with twenty carries for 133 yards and a touchdown. Griffin Greiner had a big night on both sides of the ball. He led the Comets with 92 receiving yards and two touchdowns on five receptions. Greiner also led his team with seven and a half tackles and added an interception as well. Landon Becker was right behind Greiner in every category with 88 yards and a touchdown on five receptions, four tackles and Becker added an interception as well. The Comets will look to stay unbeaten as they host Van Buren County for their Homecoming game this Friday night.

The Pekin Panthers football team fell to 0-4 on Friday night as they lost to Wapello 35-0. Quarterback Colton Comstock was the leading rusher for the Panthers with fifty yards on fifteen carries. Comstock was the Panthers “do everything” guy as he was tied for the team lead in tackles with six and he added an interception as well. The Panthers will look for their first win of the season this week on the road at Columbus who is 1-3 on the year so far.

The Van Buren County Warriors football team fell to 2-2 on the year after they had to cancel their game against Pella Christian on Friday night. That game is considered a forfeit and a loss for the Warriors. Van Buren County will look to improve to 3-2 on the season as they take on a tough, undefeated Cardinal Comets team. 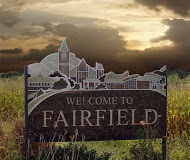